Fast tracking the elimination of ozone depleting substances would hasten the recovery of the ozone layer according to a new report recently released by the United Nations Environmental Program. The report, Scientific Assessment of Ozone Depletion: 2014, is the first comprehensive update in four years to the last assessment of emissions reductions under the Montreal Protocol.

Consulting firm Gluckman and Jacobs announced the release of comprehensive guidance for new EU F-gas regulations. The tool, available online, targets organizations affected by the European Union’s regulations aimed at phasing down the use of high global warming potential refrigerants – including HFCs, PFCs and SF6. The 30 information sheets cover a range of topics of interest to industrial refrigeration contractors, manufacturers and end user sectors.

Read the source article at foodproductiondaily.com

The German government announced in a new report that usage of HFCs, HCFCs and SF6 fell by seven percent in the country in 2013. The refrigeration sector saw the largest drop in usage from 7,562 tonnes in 2012 to 6,897 in 2013, representing a nine percent decrease.

The Environmental Protection Agency announced its final phase-down schedule for HCFC-22, addressing production and importation of the substance. In the final rulemaking, the agency called for a 57 percent reduction from the 2014 allocation. The move prompted several cooling industry organizations to warn of impending reductions in domestic inventory. The final phase down will culminate in a total ban on the import of R-22 in the U.S. on or after Jan. 1, 2020.

Read the source article at achrnews.com

Bloomberg News – The U.S. will try again next year to get a mandate for expanding a two-decade-old ozone treaty to include a new batch of refrigerants after attempts failed at a Montreal Protocol negotiation in Paris.

Read the source article at Bloomberg

In support of President Obama’s Climate Action Plan, the US Environmental Protection Agency (EPA) is proposing to increase the options for refrigerants in the United States that offer better climate protection without harming the ozone layer.

Read the source article at ACR-News.com

Emerson Climate Technologies announced it is preparing an industry communication to the Environmental Protection Agency’s recent Notice of Public Rule that will delist some refrigerants commonly used in supermarkets, condensing units and commercial refrigeration equipment.

Read the source article at CBC.ca

Changes could be coming to the Chemical Facility Anti-Terrorism Standards, or CFATS, program run by the Department of Homeland Secu­rity, which could mean the agency will issue revised regulations and seek increased collaboration within the ammonia refrigeration industry.

In response to President Obama’s ex­ecutive order requesting improved safety and security at chemical facilities, the DHS issued in August an advance notice of proposed rulemaking for CFATS, which was created seven years ago.

For the ammonia refrigeration industry, this could result in changes in regulatory approach and risk-based standards, along with new guidelines for perimeter security, cyber security, training, and even the thresholds and concentration of “chemicals of inter­est” that trigger regulation.

“It’s the right time to build the next generation of CFATS regulation,” said David Wulf, DHS Director of the Infrastructure Security Compliance Division (ISCD) within the Office of Infrastructure Protection.

“I encour­age IIAR and its membership to take a look at the advance notice and think about how CFATS regulations can be enhanced. Can the approach for [site security plan] approval be streamlined? Do we list the right chemicals? Should threshold quanti­ties be adjusted? There will be plenty of opportunity for dialogue for our stake-holders.”

For its latest notice of proposed rulemaking, the DHS will hold a series of “listening sessions” and webinars across the country, after which a formal notice of rule-making will be issued, followed by another period for feedback.

One initiative DHS is currently working to implement is designed to simplify the process of approval for a site security plan for companies with multiple facilities. The new approach was outlined at the recent Chemi­cal Sector Security Summit and then discussed with the Chemical Sector Coordinating Council, an organiza­tion comprised of representatives from across the chemical industry, including IIAR that was formed to foster dialogue between the agency and the chemical industry.

Under the plan for streamlining site security for companies with multiple facilities, a corporate point of contact from DHS’s compliance branch would be assigned to work on a one-on-one basis with an individual company. Looking at security-related policies that may apply across multiple facili­ties will streamline the review, inspec­tion and site security plan approval process. The resulting plan would extend to all facilities that a company might manage.

“IIAR members with multiple fa­cilities regulated under CFATS might want to consider participating in this. Inspections will go more quickly because policies that are applicable across the company will have es­sentially been pre-reviewed,” Wulf said. “Having a point of contact and developing a plan that makes sense given the company’s footprint, leads to more efficiency and allows facilities to reach approval more quickly.”

Wulf said the DHS will also contin­ue to focus on an outreach program to provide education on the require­ments outlined in CFATS by talk­ing directly to facilities, speaking to industry associations at the national and state level and working closely with state regulatory agencies.

He added that the CFATS program benefits the industry because of its “non-prescriptive nature. Industry members and facilities are able to tailor their security measures to their specific facility and business needs,” he said.

Since its creation, the CFATS pro­gram has been authorized on a yearly basis, but there are signs that could soon change. The House of Repre­sentatives recently passed the CFATS Authorization and Accountability Act, which would provide long-term authorization for the program. In August, the Senate Homeland Security and Governmental Affairs Committee passed out-of-committee a bill that would extend authorization for four years. If the bill passes through both houses of Congress, it will reach the president’s desk before the current ses­sion of Congress ends this fall.

“Our focus [with CFATS] is to get to the next generation of regula­tion, to get the word out about the program to ensure that all chemical facilities that should be reporting in­formation to DHS are in fact doing that, and for the chemical industry to continue providing us feedback on ways we can enhance the pro­gram” Wulf said. 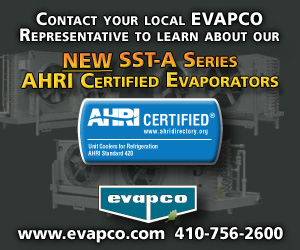 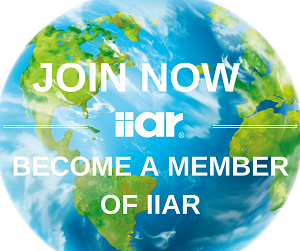 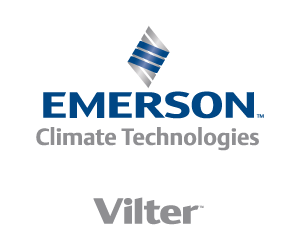 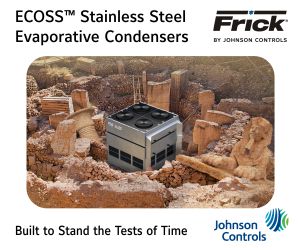